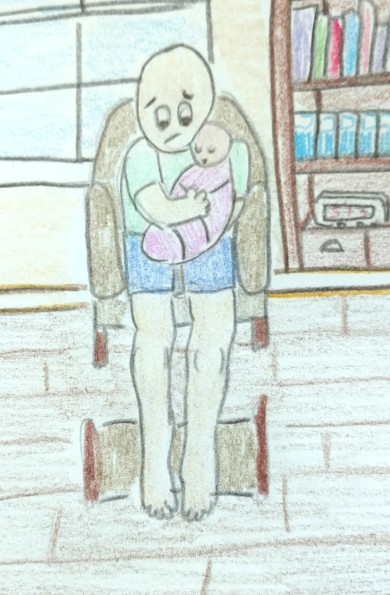 She hadn’t noticed it as it faded little by little, but one day she realized her legs weren’t the glowing tan they had been just a few weeks ago. They even looked a bit yellowish. Yck. When did that happen?

True, her circumstances had changed the last few weeks, keeping her mostly inside instead of enjoying the outside as much as she usually did. But now circumstances were changing again and her thoughts returned to what she had once had – a beautiful, burn-free tan from her shorts hem to her toes. And she knew the only way to get it back was to get out in the sun again. Since she was no longer near the beach that she had frequently enjoyed, she had to consider her options.  Sit out back in a fenceless yard, open to the observation of the construction workers and neighbors around her or travel an hour to find a beach. Neither option was ideal. But then she discovered a wide walking path close enough that she could use. Now all she had to do was overcome her inertial and actually get outside and start walking. And hope the weather cooperated.

Which left her wondering… why did she keep leaving in the first place?