Amalia didn’t know how to answer Jesus. Go on another ride? She was just barely recovering from the first one. If all the rides here were like the Haunted House, she didn’t know if she could take another ride.

“Can we just sit somewhere? I think I need some time before attempting another ride with You.”

“My thoughts exactly. And I know just the place.”

He led her across the park towards the sound of organ music. When she saw the ride He was heading for, she relaxed. This was perfect. A bunch of horses going up and down – just up and down – while rotating around a large colorful column. Even better, behind a few of the horses were carts that were not moving at all.

“I want to ride on a cart.” Amalia pointed, determined to have as much peace as she could on this ride. The less movement, the less chance something crazy would happen.

The ride was pretty much what Amalia expected, with two exceptions. The cart was not quite as comfortable as it had looked, and it wasn’t as smooth. No lying down and sleeping here. As long as she sat up, she could deal with the hard seat, and she had already learned to accept bumps so those didn’t bother her. Instead, she enjoyed focusing on the different parts of the park as they came into her vision. It almost seemed as if she was stationary and the world was rotating around her.

After a while, Amalia’s focus shifted, and she became fascinated with the horses she could see in front of her. They were always moving. At first it looked like they were all doing the same thing. Up. Down. Up. Down. But as she looked closer, she notices something surprising. No two horses looked alike, or followed the same pattern. The red one went up only part way before heading back down. The blue one stayed higher than the others, never making it all the way down. The green one stayed near the floor for longer time periods before heading back up.  And the brown one went up and down at a faster pace than the others. Intrigued with her discovery, she turned to Jesus. 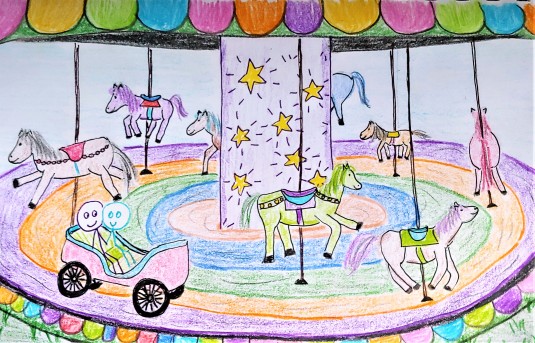 “Have You noticed the horses are all moving in different ways, even though they are all going in the same direction?”

“Yup. That’s what they were created to do. Just like people. There are ups and downs in everyone’s life. Some people, though, seem to stay down longer than up, while some people never seem to get all the way down at all. Some people seem to travel the ups and downs at a leisurely pace, while others race through them. None of them are better or worse than the others, just different. It’s easiest to see that when you sit back and look at the big picture, like we’re doing now.”

“You would see the movement around you, but your own movement might make it harder to see the pattern. It’s good to sit back with Me from time to time to see this, otherwise you might be tempted to compare your horse with the others.”

Amalia could see the point He was making. And then she thought of her own point.

“They’re all going around the same thing – that center column. Doesn’t it contain the motor? And doesn’t the motor supply the power to make these horses move? Wouldn’t that be like God supplying what we need to live this life as long as we stay connected to Him?”

Jesus’ eyes twinkled as He nodded at her. “Excellent! And those who keep God centered will always be close to Him.”

Amalia sat back, delighting in His praise. She knew sooner or later this ride would end, but for now, she was content to be right where she was.

1 Cor 7:17a  Only let each person lead the life that the Lord has assigned to him, and to which God has called him.

John 15:5 I am the vine; you are the branches. Whoever abides in me and I in him, he it is that bears much fruit, for apart from me you can do nothing.

You can’t fool me! You may try to look like something you’re not. You may think this makes you cuter and more lovable. But I know the real you. And the real you is more unique and amazing and lovable and wonderful than any unicorn in any world!

Ps 139:1, 13-14 (NIV)  You have searched me, LORD, and you know me. For you created my inmost being; you knit me together in my mother’s womb. I praise you because I am fearfully and wonderfully made; your works are wonderful, I know that full well.

“Do you hear them?” she asked her friend as they were taking a walk through their new neighborhood.

“Hear what?” he asked, looking around.

Now he looked at her. “Um… you can hear houses?” He frowned at her, concerned that she had finally lost it. “I know you’re a bit sleep deprived, but…”

She laughed. “No, I’m not going crazy. I don’t actually hear them talking like I hear you. But I do hear a message.”

Instead of answering, she asked him a question. “What if they could talk, what would they be saying to you?”

He looked at them a few minutes, cocked his head, frowned and said, “I give up. I can’t hear anything.”

“OK, then, what do you think of when you look at them?”

He studied them a bit longer. “I think of the potential each one has. And how they all seem to have the same basic construction plan but small changes makes them each unique.”

“No, they’re just in different stages of construction. One house is not better than another just because it’s further along. They are all interesting in whatever stage they’re in. And one day they will all provide strong, well built homes for the people who will move into them.”

“Exactly.” She sighed. “It’s just like us. Like people. We are all in different stages of development. Some look more finished than others. Some are nicer to look at, or listen to. But all of us are being built by the Master and are perfect in whatever stage we’re in. If only we weren’t so quick to judge others by what we see instead of by what God sees.”

“Is that the message you’re hearing?”

“Yes. We – people – are new homes being built. We are all made from a basic plan yet the Master has made each of us unique. We are all as we should be at whatever stage we’re in and we should stand content in the progress our Father is making as He molds and builds us. And most of all, we should allow other people to be at different stages than we are in. We should be delighting in their progress instead of comparing and judging them.”

He smiled at her, took her hand, and together, they continued on their walk.

Spoiler alert:  If you want to try guessing the meaning behind my symbolic short story The Museum for yourself, please go there now before you continue reading.

Still here? Then here we go.

The first wall is Catholicism with their main focus on the Eucharist.

The second wall is Baptist with their main focus on the Bible.

The third wall is Assembly of God and Pentecostal with their enthusiastic worship services. The different languages spoken by the people gathered there represents their belief in tongues.

The fourth wall is the Seventh Day Adventist with their focus on following the laws, especially the Sabbath.

The groups of people in front of each painting are the ones that have been drawn to that particular denomination based on likes, dislikes, needs, as well as other factors. Just like people have different personalities, denominations also have different personalities. And when people find the one that fits them the best, the one that meets their needs the best, they stay there.

The people still walking around the room are Christians who are still searching for their church home, and non-Christians exploring Christianity.

How close was your guess?

I know some people won’t agree with me, but I believe, for the most part, that having different denominations is a good thing. I think it’s quite possible that God may be behind the formation of many of the denominations that exist today. There are reasons why I believe this, but I won’t get into that now.

I’m aware that having different denominations is confusing to non-Christians. But I believe that’s because of how we Christians have handled it. If we really respected each other, and didn’t try to steal each other’s members – but instead worked together to point non-Christians to Jesus, then helped them find their right fit regardless of whether it’s in our own denomination or not, I think we would be amazed at the result. 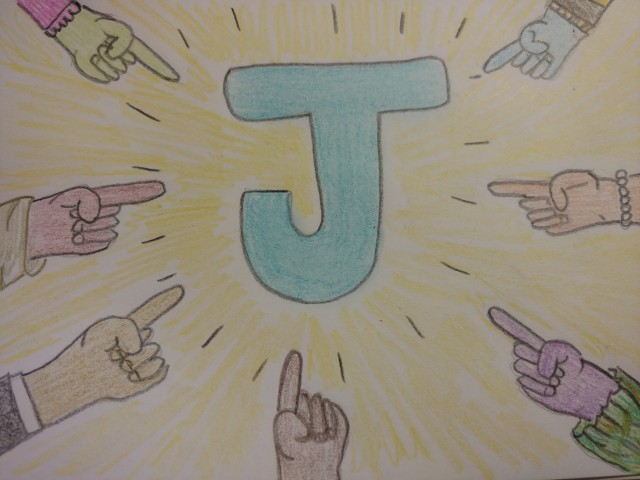 She opened her Bible and read Matt 16:24  “If anyone would come after me, he must deny himself and take up his cross and follow me.”

She had heard many interpretations of what this cross might be. Chronic illness, death of a loved one, difficult people in your life…  They all sounded reasonable, but something about them bothered her. And they didn’t really apply to her life at the moment. Did that mean she didn’t have a cross?

So she asked the Lord.

” Well, I’m not sick. No one has died. And there are no difficult people in my life.”

“The ability to understand.”

“I thought that was a good thing.”

“To a degree it is. But you want to know and understand every spiritual thing.”

“You’re not capable of understanding everything. You’re limited by your human brain. Besides, even if you could, it wouldn’t be wise. There are some things you cannot handle yet. And sometimes knowing too much would cause you to mess up what I’m doing. You would be tempted to take over instead of relying on Me.”

She thought about that for a few minutes.

“I can see how knowing everything could be a bad thing. It could feed my pride and I would be trusting my understanding instead of trusting You.”

“So how do I carry this cross?”

“Deny your desire to understand everything. Accept and enjoy what you know and don’t fret about what you don’t know. Learn to use the knowledge that you have. Trust Me for the rest. And relax. You’re not carrying this cross alone.”

“No one carries their cross alone. I promised to always be with you, in every part of your life, to care for you and help you. That includes carrying your cross.”

“Is the cross the same for everyone?”

“Wow. It’s amazing that you can help everyone at the same time in so many different ways. I can’t get my head wrapped around how big You are.”

“See? That’s what I’m talking about!” 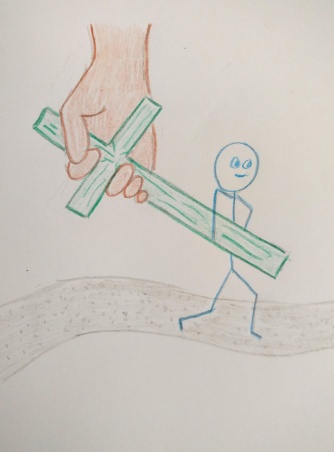